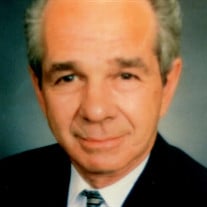 Allen Bacchiochi, born November 21, 1940, son of Primo Bacchiochi and Shirley Mabel Steele, passed away peacefully at home on October 7, 2020. Over the summer, Allen set down his tools and made his last walk down from the barn, preparing for his journey home. Allen leaves his three children, David Bacchiochi and his wife Lisa, Penny Bacchiochi and her husband Emil Igwenagu and Melaney Bacchiochi and her partner Sebastian Mangiafico. He also leaves his grandchildren and their families, Allen and Kaylina Bacchiochi, Sarah Bacchiochi and her partner Steve Panciera, Nicholas Nikolov and his fiance Amanda Glaude, Anthony Romano and Justin Mathiason. He also leaves four great grandchildren, Evelyn, David, Alice and Claire, his sister Sharon Wilson, his brother Billy “Bucky” Bacchiochi and their families, several nieces and nephews and a long list of close friends in Stafford. Allen had more fight, grit and tenacity than most. If you told Allen he couldn’t – that only meant that he would. Probably twice. Allen went to Windham Technical School in the 1950’s but quit in the 9th grade to pursue his passion for work. From mowing lawns, driving truck, buying a trash hauling business, teaching himself carpentry, obtaining a real estate broker’s license, opening a real estate office, becoming a condominium developer and eventually flipping houses– Allen’s passion for work drove him until the end. A good day at work was a good day for Allen. Allen’s love for the Town of Stafford led him to run for numerous local offices. After several tries, Allen became the first Republican to win the office of First Selectman in 50 years – a position he was honored to hold for two terms. Prior to becoming First Selectman, Allen served on the Board of Selectmen, he was a Borough Police Commissioner and he led a Wall of Honor committee. He ran for State Representative twice, during which time he knocked on almost every door in Stafford. Most people will remember Allen walking up their driveway, or asking for a sign location. Additionally, Allen served on the CT Housing and Finance Authority (CHFA), he was a past President of the Stafford Rotary Club, a past member of the State Boxing Commission and a member of the Italian Benefit Society. Allen was a hands-on man, known for always taking action. When the town needed a skate park built, Allen showed up with his tools. When his love for boxing drove him to open a ring in Stafford in 2006, he was able to get the gym sanctioned by USA Boxing. He bought the ring himself and encouraged local kids to join the club. Allen loved boxing, UFC fighting, watching the geese, turkey, birds and deer in the driveway, organizing his tools, 50s music, jokes, playing cards at the old Arizona restaurant with his friends and eating cake. He really loved cake. Allen proudly served in the United States Army and was Honorably Discharged on February 28, 1966. He loved his country and flew the American Flag every day. He left his home for the last time with the flag as his cover. Allen wanted his final days to be in his home, steps from his barn, under the trees, near his pond, with his family close by. With the help of many wonderful caregivers, and the amazing nurses of Vitas Hospice, his wishes were achieved. He now joins his mother, Shirley, who he loved with all his heart, and his beloved dogs, Brut and Cooper. Mother Cat kept him company until the end. Calling hours will be held on Friday, October 9, 2020 from 3-6 P.M., with a memorial service to take place at 6 P.M., at Introvigne Funeral Home, Inc., 51 East Main St., Stafford Springs, CT. Military honors will conclude the service. Burial will be held privately. In lieu of flowers, donations can be made to Autism Families Connecticut, P.O. Box 370162, West Hartford, CT 06137. To leave a condolence online, or for directions, please visit: www.introvignefuneralhome.com

Allen Bacchiochi, born November 21, 1940, son of Primo Bacchiochi and Shirley Mabel Steele, passed away peacefully at home on October 7, 2020. Over the summer, Allen set down his tools and made his last walk down from the barn, preparing for... View Obituary & Service Information

The family of Allen Bacchiochi created this Life Tributes page to make it easy to share your memories.

Send flowers to the Bacchiochi family.