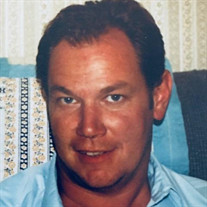 Earle Raymond Dorman Jr. fell asleep in death on Sunday, April 26, 2020, in his home in Stafford Springs, Connecticut after battling cancer for over five years. He was born in Stafford Springs, son of the late Earle Sr. (Bud) and Myrtle (Brown) Dorman. He is survived by his wife, Patricia Regan Dorman, his children, Heidi Dorman Olden and Joseph Dorman, as well as his siblings, Ethel Dorman Rioux, Leslie Dorman, Barbara Dorman Estabrook, Bertha Dorman LaFlamme and Martha Dorman Niewinski. He was predeceased by his brother, Lewis Dorman. He is also survived by cousins and many nieces and nephews. Earle carried on his family’s reputation of welcoming all into their home. His parents, Bud and Myrtle, had a full house with seven children plus their friends. Tom Furness was one of his closest friends. Together they joined the Navy using the Buddy System in 1968. Earle was honorably discharged from the Navy in June of 1970 in San Diego. Here he first met his future wife, Patricia. The first time they met he said he knew he would marry this girl. His mother had told him years before that he would hear bells when “the one” came along. Well, Patricia carried a purse that jingled with bells attached. She drove into the gas station Earle worked at in her 1959 Chevy Impala with a huge dent in the side, a dead plant in the back seat, and a missing rear window. She asked him: “Do you know what a vacuum leak is?”. He flashed his signature smile and said, “I sure do!”. And that was the beginning. They were married on December 22, 1972, in Stafford Springs, Connecticut, at the Methodist Church. After living in Connecticut for a short while, they returned to California and started a family. Their daughter Heidi was born in 1974, and their son Joseph was born in 1980. In 1981, Earle joined his wife as one of Jehovah’s Witnesses. Earle worked in various garages and auto dealerships until he started his own mobile auto repair business. As his business expanded, he opened a garage in the City Heights area of San Diego named Earl’s Engine Rebuilders. He later relocated to Rancho San Diego where he operated as Earl’s Engine Machine. Earle was well known in San Diego and was loved by all of his friends and customers. In 1990, he moved his business and family back to Stafford Springs, Connecticut. He spent many happy years at his shop reconnecting with his family and old friends and made many new dear friends who remained at his side up until the end of his life. Earle loved people and was happiest surrounded by his friends. Everyone loved to hang out with Earle. He had a truly genuine spirit and found so much joy in helping others. He loved to talk about the things that meant the most to him: his God Jehovah, his wife and children, and of course, his cars and Harley Davidsons. He was the best mechanic around and he will be deeply missed by many.

Earle Raymond Dorman Jr. fell asleep in death on Sunday, April 26, 2020, in his home in Stafford Springs, Connecticut after battling cancer for over five years. He was born in Stafford Springs, son of the late Earle Sr. (Bud) and Myrtle (Brown)... View Obituary & Service Information

The family of Earle R. Dorman Jr. created this Life Tributes page to make it easy to share your memories.

Send flowers to the Dorman family.