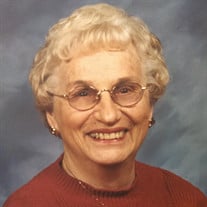 Elizabeth “Liz” E. Heuitson, 94, of Stafford Springs, CT, passed away on Wednesday, January 30, 2019 at Evergreen Health Care Center. The daughter of the late George Michael and Anna (Zavoda) Elkanich, Elizabeth Evangeline was born in Stafford Springs, CT on April 14, 1924. Wife of the late Charles “Whitie” Heuitson, Liz was predeceased by her brother George and his wife Anna Elkanich of Citra, FL, a sister Anna and her husband George Cheman of Stafford Springs, CT, a sister Mary and her husband Melvin Sullivan originally of Stafford Springs, CT, a sister Helen and her husband Fred Ingraham of Inverness, FL, and her brother-in-law Armand Parenteau of Enfield, CT. Liz leaves her sister Vilma Parenteau of Enfield, CT, a son Craig Heuitson and his wife Linda of Stafford Springs, CT, a daughter Colleen Heuitson and her husband Andrew Zink of Stafford Springs, CT, a granddaughter Courtney and her husband Carlos Martinez of South Windsor, CT, a grandson Christopher Heuitson of Portland, ME, a great grandson Lucas Martinez, her great granddaughters Liliana and Mia Martinez, and many nieces, nephews, grand nieces, and grand nephews. Elizabeth was a communicant and parishioner of St. Edward Church. She graduated from Stafford High School in 1941. From 1941-1946, Elizabeth was a bookkeeper at the Worker’s Cooperative Union. During World War II, she was a plane spotter on Village Hill and volunteered as a nurse’s aide at Johnson Memorial Hospital. Liz worked at Lorenzetti Transportation from 1953-1956 and then returned to the Worker’s Coop from 1957-1969. Liz was a notary public from 1975-2005 and was on the Stafford Board of Finance, starting in 1989. She worked for the Stafford Board of Education from 1969-1989 as secretary and bookkeeper to the superintendent of schools and then in 1980 became the financial coordinator for the Board and did the Board meeting minutes. She was a corporator for Stafford Savings Bank from 1985-2012. She was also a member of the Stafford Women’s Club, Stafford Grange #1, American Legion Post No. 26 Ladies Auxiliary, and the Italian Benefit Society. Liz volunteered at Evergreen Health Care Center and helped at the Stafford Senior Center. The family would like to recognize the following for their caring comfort of Liz during her final years; Theresa, Leanna, Laurie, Lorraine, Ella, Paulina and to Richard Dobson for his chauffeuring duties. A calling hour will be held on Tuesday, February 5, 2019 from 10-11 A.M., followed by a prayer service at 11 A.M., at Introvigne Funeral Home, Inc., 51 East Main St., Stafford Springs, CT. Burial will follow in St. Edward Cemetery, Stafford Springs, CT. In lieu of flowers, memorial contributions may be made to the Charles “Whitie” and Elizabeth “Liz” Heuitson Fund, Citizens’ Scholarship Foundation of Stafford, c/o Rose Roszczewski, P.O. Box 25, Stafford Springs, CT 06076. For online condolences or directions, please visit: www.introvignefuneralhome.com

The family of Elizabeth "Liz" E. Heuitson created this Life Tributes page to make it easy to share your memories.

Send flowers to the Heuitson family.