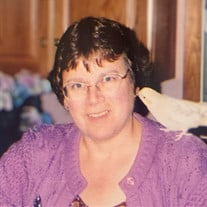 Mary Ellen (Wells) Forbes was taken by the angels to Heaven on Christmas Day, December 25, 2021. Mary was born June 20, 1954, in Fulton, New York, to Donald and Dorothy (Shaver) Wells. The family moved to Connecticut and settled in Manchester where she graduated from Manchester High School in 1972 and Central Connecticut State University in 1976, with a BA degree in English Literature/Journalism. While attending college she worked several jobs to support her education costs. One of those jobs was as a freelance reporter at the former Hartford Times newspaper. After graduating, she continued at the Times as a full-time reporter and then a partner in a new newspaper, named Windsor Locks Journal. She went on to work as a reporter for the Holyoke Tribune and then as Editor of Company Newspapers at UTC/Pratt & Whitney. Mary worked in the communications department at Northeast Utilities until joining the Town of Windsor, as Assistant Town Manager. In 1991, she became the Director of Communications at Capitol Region Education Council (CREC). In 2006, she took her lifelong love for books and opened “Mimi’s Book Attic” store, dedicated to antique, historic and rare book publications. Mary had a vast knowledge of many different topics with her favorite subjects being birds, fishing, swimming, and making delicious desserts. Her happiest times were at her beloved Staffordville Lake, enjoying all its beauty with family. Mary was an intelligent, caring, and compassionate woman who was a friend and mentor to so many. She will be remembered fondly by all who had the pleasure of knowing her. She showed strength and bravery when diagnosed with Alzheimer’s disease in her early fifties. Her first concern when given this devastating diagnosis was how much this was going to impact her family. She is survived by her husband, William, step daughter, Deborah Forbes, and grandchildren, Madison and Jake Mitzkovitz, all of Stafford Springs. In addition, she is also survived by siblings, Deborah Smith (William), Patti Rylander (William), Julie Nichols (Donald), Amy Vendoloski (Joel), Ronald Wells (Joyce), and David Wells, (Terri), brother-in-law, Douglas Forbes, and many nieces and nephews. In addition to her parents, she was predeceased by brothers Stephen and Douglas Wells. Calling hours will be on Sunday, January 2, 2022 from 11 A.M. – 1 P.M., with a funeral service to take place at 1 P.M., at Introvigne Funeral Home, Inc., 51East Main St., Stafford Springs, CT. A reception for family and friends will follow the service at Four Seasons by The Lake restaurant, located at 51 Old Springfield Rd., Stafford Springs, CT. Those wishing to donate in Mary’s name may do so to the Alzheimer’s Association, 200 Executive Blvd. S. #4b, Southington, CT 06489. To leave a condolence online for the family, please visit: www.introvignefuneralhome.com

Mary Ellen (Wells) Forbes was taken by the angels to Heaven on Christmas Day, December 25, 2021. Mary was born June 20, 1954, in Fulton, New York, to Donald and Dorothy (Shaver) Wells. The family moved to Connecticut and settled in Manchester... View Obituary & Service Information

The family of Mary W. Forbes created this Life Tributes page to make it easy to share your memories.

Mary Ellen (Wells) Forbes was taken by the angels to Heaven on...

Send flowers to the Forbes family.