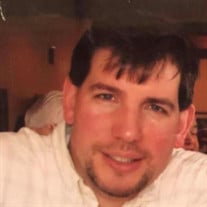 Our man among men, Shaun A. Kennedy, passed away peacefully on December 2, 2020. He would be described by all who had the pleasure of knowing him as loyal, dedicated, kindhearted, selfless, considerate, sincere, calm, patient and last but not least, genuine. He was certainly not your average son, brother, husband, father, cousin, uncle or friend. Even though he had a gentle disposition, he was a fierce protector of those he loved and held himself accountable to living a life with the highest of morals and values each and every day. He was a leader, never a follower. Shaun was born on December 4, 1964, in Manchester, CT, to Terrence and Louise (Hughes) Kennedy, whom he had the utmost love, respect and admiration for. His sisters, Holly Upton and Donna Duncan shared a unique and very special bond with Shaun. The Kennedy family motto was “all for one, and one for all,” which defined their affectionate relationship throughout the years. During his childhood and young adult life, he was a talented and gifted athlete. Any team sport which he participated in, he was either captain or co-captain and was voted 'class athlete' by the Stafford High Class of 1983. He continued his education and was a graduate of the University of Connecticut where he studied diligently to earn his bachelor's degree in Urban and Community Studies. Shaun was married on October 6, 1990, to his best friend and soulmate, Debbie (DePellegrini) Kennedy and several years later became a doting and devoted father to his daughters that he absolutely adored, Jordan and Jenna. There wasn't anything that he wouldn't do to put a smile on their faces and to show them just how special they were to him. His girls learned very early on that they were truly blessed to be so loved and cherished by their father. He had insisted they refer to him as “Papa,” because if ever lost in a crowd they would most likely be yelling for “Papa” in a sea of dads and he would come to their rescue. He retired from the State of Connecticut as a correctional counselor in 2015 after 20 years of service where he was highly regarded as a hardworking and invaluable employee. He also worked part time for the USPO during his career with the state and continued to work at the Tolland Post Office after retirement. Along the years, Shaun had an extraordinary flair for flipping houses and seeing potential where others did not. Those around him were amazed with his ability to gain new skills to accomplish any task or project that he took on. Shaun will be sorely missed by his in-laws, Dolores and Bobby DePellegrini, Diane Young, Donna and Jack Watkinson, Dino and Chris DePellegrini, Bill Musard, Dave Patelli, his cousin Kim Lewis, his nieces Audra, Megan and Francesca, his nephews Steven, Ryan, Dominic, Vinny and Devon, his daughter Jordan's partner Will Trickett, his daughter Jenna's partner, Elijah Pepin, close family friend Aurora Bidwell, his buddies John, Maurice, Chuck, Mel, Doug and his beloved dog, Juno. He was predeceased by his dear friend and brother-in-law, Thomas “Tiny” Young, who also departed this world way too soon in 2006 due to pancreatic cancer. Shaun's objective during his illness was to protect those around him and never once complained. He was grateful for the care he received and made sure to thank those who took care of him, always with a smile, no matter how much pain or distress he was experiencing. His family would like to extend a heartfelt thank you to those who assisted with his valiant and courageous battle against pancreatic cancer, Dr. Smita Bhagat, Dr. Mary Ellen Goldhamer, Dr. Joseph Mclaughlin, Christine Cournoyer and the entire staff at the DeQuattro Cancer Center for treating Shaun as a person and not just the unfortunate disease, his visiting nurses, Cathy, Dorothy and Togor, the ICU nurses at Manchester Memorial Hospital, Melissa and Megan, Reverend Deena Martinelli and Dr. Fatima Akmal. Due to COVID-19, in-person funeral services and burial in St. Edward Cemetery will be for immediate family only. A Mass of Christian Burial will be live-streamed on Tuesday, December 8, 2020 beginning at 11 AM. The link to view the Mass is: https://fb.me/e/gGvDCMHGV A celebration of life will be held at a later date. Memorial donations may be made to Stafford High School, 145 Orcuttville Rd., Stafford Springs, CT 06076. Please write “Shaun Kennedy Athletic Foundation” in the memo. Donations will be given to student athletes who would like to participate in sports, but do not have the financial ability to buy equipment. Introvigne Funeral Home, Inc., Stafford Springs, CT has care of the arrangements. To leave a message of sympathy for the family, please visit: www.introvignefuneralhome.com

Our man among men, Shaun A. Kennedy, passed away peacefully on December 2, 2020. He would be described by all who had the pleasure of knowing him as loyal, dedicated, kindhearted, selfless, considerate, sincere, calm, patient and last but not... View Obituary & Service Information

The family of Shaun A. Kennedy created this Life Tributes page to make it easy to share your memories.

Our man among men, Shaun A. Kennedy, passed away peacefully on...

Send flowers to the Kennedy family.