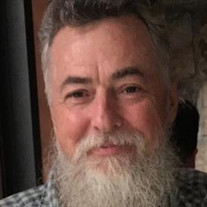 Theodore E. DeMers, Sr., 62, of Willington, CT lost his life on Friday, May 22, 2020. He was born in Hartford, CT, son of the late Eleanor DeMers. Ted was self-employed as an artisan furniture maker. He leaves behind his wife of 42 years, Cynthia (Dionne) DeMers; two sons, Theodore E. DeMers, Jr. and his wife Jayme (who are expecting a son in June), and Christopher DeMers and his wife, Molly; sister, Sandy Harakaly; mother-in-law and father-in-law, Yvette and Maurice Dionne; brothers-in-law and sisters-in-law, Roger and Louise Dionne, and Paul and Patricia Jones; several nieces and nephews; as well as a tight knit extended family and many loved ones, far and near. Ted was larger than life and made a profound impression on so many. He was proud and hardworking. He was a gentle, loving, gregarious man and also a fighter – a 40 year battle with Crohn’s Disease being just one of many testaments of his deep strength of character and perseverance throughout the tough times. He felt and expressed pure joy through the simple moments of life – casual moments with those he loved meant the most. He found joy in a good bottle of wine, taking a long walk in the woods in the company of a dog, a game of Setback. His family, particularly his sons Teddy and Christopher, always knew how much he loved them and how proud he was of them, because he told them every chance he got. His friends knew how much he cared for them because he stayed connected and remained ever-present in their lives. In him, Cyndi had a lifelong partner and a marriage solidified by trust, love, laughter and commitment. He had a deep seeded passion for many things – the art of woodworking, creating true masterpieces in his home woodworking shop; the great outdoors, spending countless hours immersed in nature with a great appreciation for wildlife; fatherhood, from little league coach and field trip chaperone to now reveling in a sense of wonderment and immense pride over the lives his grown sons had created for themselves, he held his 2 daughters-in-law, Jayme and Molly, tenderly in his heart and was looking forward to becoming a grandfather in June; and the passion that he had for his marriage to the love of his life, Cyndi, was his most admired one of all. ‘Home’ for the past 35 years was on a winding and woodsy country road in Willington, CT – a safe place where Ted found comfort, simplicity and solitude from the often complicated outside world. Ted was neighborly, not just to his street neighbors but the entire community of Willington. On a bright Friday morning in May, Ted was doing something he had done a million times before and would have done a million times more if not for a simple and cruel twist of fate – he simply offered a hand to a stranger in need. For this good deed, his life was taken from him and his Earthly presence from all of us. Ted, may your soul be everlasting. Services will be planned at a later date. In lieu of flowers, memorial donations may be made to the family (c/o Matt Emond, via GoFundMe); a college education fund will be established for Ted’s grandson. Introvigne Funeral Home, Inc., Stafford Springs, CT, has care of the arrangements. To leave a condolence online for the family, please visit: www.introvignefuneralhome.com

Theodore E. DeMers, Sr., 62, of Willington, CT lost his life on Friday, May 22, 2020. He was born in Hartford, CT, son of the late Eleanor DeMers. Ted was self-employed as an artisan furniture maker. He leaves behind his wife of 42 years, Cynthia... View Obituary & Service Information

The family of Theodore E. DeMers Sr. created this Life Tributes page to make it easy to share your memories.

Send flowers to the DeMers family.