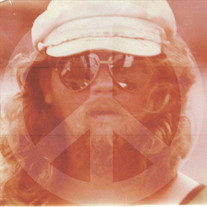 On February 11, 2019, Leif Auburn Schold, 66, beloved husband of 43 years to Judy (Lowery) Schold, passed peacefully into the next chapter. He was born December 14, 1952 to the late Jessey-Wayne (Gandy) Schold Davis and Warren E. Schold. Besides... View Obituary & Service Information

The family of Leif Auburn Schold created this Life Tributes page to make it easy to share your memories.

Send flowers to the Schold family.