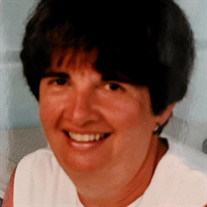 Lorraine (Malnati) Bertini, 85, of Meriden, CT, and formerly of Guilford, CT, passed away on Thursday, September 24, 2020 at the Village at Kensington Place. She was born in Stafford, CT, daughter of the late Antonio and Orlinda (Canestrari) Malnati. Lorraine is survived by her beloved husband of 41 years, Robert J. Bertini, Jr.; four children, Linda A. Diskin and her husband William, Deborah B. Tice, Robert J. Bertini, III, and Suzanne B. Peterson and her husband Robert; seven grandchildren, David S. Tice and his wife Marilyn, Robert J. Bertini, IV, Brian T. Bertini, Andrew T. Bertini, Robert J. Peterson, III, Genevieve S. Peterson, and Elizabeth R. Peterson; and a great granddaughter, Madilyn Claire Tice. Lorraine lost her parents at an early age, married and subsequently became a single mother, raising her daughter Linda with the assistance of her extended family. During this period, she was employed by the University of Connecticut School of Education Audio -Visual department. She was later employed as a word processing group leader and Finance Department secretary at the United Technologies Research Center, retiring in 1989. While at UTRC she became a member of a championship bowling team and was recruited by Bob to join an intermural volleyball team. They married in 1979 and she took on his three teenagers, forming their blended family and she learned how to ski. They all fondly remember the excellent meals she prepared, and the wonderful holidays spent together. She particularly enjoyed their many trips to Hawaii, and the time spent at their ski home in Chimney Hill, Wilmington, Vermont where she volunteered each year for the Art on the Mountain charity fund raising event. After moving to Guilford, she and Bob became active members of the Long Hill Farm community where they lived for 30 years. She was known for her daily walks through LHF as well as her housekeeping and culinary skills. In lieu of flowers, memorial donations may be sent to the Alzheimer’s Association, Connecticut Chapter, P.O. Box 9601, Washington, DC 20090-6011. A calling hour will be held on Thursday, October 1, 2020, starting at 11 A.M., with a prayer service to take place at 12 P.M., at Introvigne Funeral Home, Inc., 51 East Main St., Stafford Springs, CT. Burial will follow in Stafford Springs Cemetery, Stafford Springs, CT. For online condolences or directions, please visit: www.introvignefuneralhome.com

Lorraine (Malnati) Bertini, 85, of Meriden, CT, and formerly of Guilford, CT, passed away on Thursday, September 24, 2020 at the Village at Kensington Place. She was born in Stafford, CT, daughter of the late Antonio and Orlinda (Canestrari)... View Obituary & Service Information

The family of Lorraine M. Bertini created this Life Tributes page to make it easy to share your memories.

Send flowers to the Bertini family.